What is the importance of six sigma training in India? 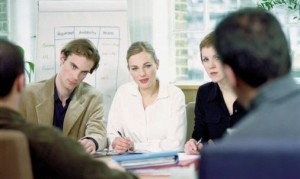 India is a country where there are many companies who looks for the measure of goodness for their products and customer satisfaction. They always opt for a systematical and statistical improvement in the business world. Hence the implementation of the six sigma, for the effective operating system and to reduce the variation by avoiding defects and reducing waste is very much important for a country like India. Keeping this in mind, many companies in India opts the help and training of the six sigma methodologies, for the company professionals.

The professionals are given the knowledge about the use of six sigma methodology and the benefits from it. Six sigma certification give importance in giving training to the appropriate subject matter, through written proficiency test. This training provides with the displaying competency in the hands of the person. Six Sigma Certification is given by the training and consulting company, who is conducting the training. The tests can be given even by the companies hiring the training programs. The tests may differ according to the training company’s proficiency. Companies performing training for years have created and administrated written proficiency tests of their own. Once the certification training is completed, one must complete one or two quality projects. This is the time for the trainees to display the competency in applying the concepts learned.

Here the word “Belt” refers to the level or the position, a person is undergone at the time of a project implementation. Therefore they are given special training according to their positions and role for the successful implementation of the project and customer satisfaction. The responsibilities each person under each belt should possess are as mentioned below.

India gives importance to the DMAIC methodology in six sigma. The methodology of six sigma has two sub-divisions. They are DMAIC & DMADV. The former is used to improve an existing business process, while the second one is used either for creating a new product or for process designs for predictable and defect free performance. By DMAIC it means giving importance to defining, measuring, analyzing, improving and controlling a process to meet its better quality. The implementation of the six sigma methodology, helps in providing a logical sequence for existing concepts and the problem solving tools, by sufficient repackaging of the tools and concepts. Moreover the methodology of the six sigma is used by the project sponsors at each step of conclusion before moving to the next step.