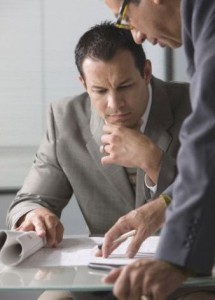 Six Sigma has resulted in the path breaking improvement in various companies across the globe where it is implemented correctly; however Six Sigma has its share of criticisms as well.

One of the more common criticisms is that Six Sigma does not offer anything new and different strategy and it is popularized simply as a marketing tool. Six Sigma was inspired from the earlier work in the areas of quality improvement and adopted the best features of previous quality versions, however it offers unique feature of its own as in measures such as defects per million opportunities.  It’s proven that defect and defectives counts offer tangible, measurable results.

Another criticism is that Six Sigma is more of a corrective action system rather than taking a preventive and proactive approach to problems. However, Six Sigma does include the education and training of the entire workforce as well as creation of an infrastructure of experts who focus on projects to improve quality, timeliness and cost.

Another criticism suggests that Six Sigma is merely about appraisal system and that appraisal programs aren’t useful. In realty, appraisals are great tools for identifying and tracking improvements, which is critical to any project.

Some critics have argued that the success of quality programs depends more on the right organizational culture than on any corrective or preventive program. It means that improvement results from the internalization of quality program. Six Sigma is not merely a corrective program and it recognizes that cultural issues including leadership development as the most important issues to be addressed to bring about the improvement of any organization.

Critics have suggested that Six Sigma did not bring quality improvement in all the organizations where it was implemented. However, in majority of these cases it is not the tools which have failed but the mangers and other professionals failed to implement them correctly.

One of the technical criticisms suggested that assumption of a process mean to be 1.5 sigma off target is incorrect. Keeping the process mean exactly on target is another ridiculous argument. As defined in process capability studies, Sigma is the short-term within sample variability. Therefore the 1.5-sigma shift allows for variation of the mean related to the target.

Another technical criticism is that the normal distribution is simply a model and most of the processes are not represented by it.  Although it is fact that normal distribution is a model but it is very useful and reasonable for many situations. Furthermore, any realistic process model will predict a much larger probability of producing a product outside the specifications.

Six Sigma gives emphasis on the rigidity of the process which basically contradicts the innovation and kills the creativity. The innovative approach implies deviations in production, the redundancy, the unusual solutions, insufficient study which are opposite to Six Sigma principles.

Six Sigma is a bit gimmicky and simply a rebranding of the continuous improvement techniques and tools as practiced by Toyota. It thus promotes outsourcing of improvement projects with lack of accountability.  Six Sigma implementation constantly require skilled man force. Thus control and employee dedication are hard to accomplish if it’s not implemented regularly.

To summarize, Six Sigma is a proven strategy for improvement in process quality that addresses leadership, tools and infrastructure issues. Many important issues were neglected by previous programs.  Many companies, who have achieved success, praise the accomplishments of the Six Sigma initiatives.

Six Sigma has met with success in almost every sector of the business where it is applied. Quality professionals and industrial statisticians advocate the beneficial roles of Six Sigma in improving the culture of the organization. Six Sigma principles and methodologies have been incorporated in the curriculum of various engineering programs.  Constructive criticism of Six Sigma should be informed and based on logic and it can be useful.