A Brief Summary About SIX SIGMA:

The overview about the Six Sigma, deals with the brief explanation about what Six Sigma is? The history of Six Sigma, the six sigma methodology, the use of six sigma, different six sigma belts, points of attention and the total conclusion about six sigma.

With in an organization, the role of six sigma is the continuous improvement of the business. Six sigma is “the business philosophy and a tool box” of an organized process. Since every thing we do for the improvement of an organization can be considered as a process, the main characteristic of the process should posses “an average performance level with little variation”. This is to make sure that the result of the process is at the expected value. The expected values and the statistical measurement of the variation of a process are obtained through the application of different types of six sigma methodology. In order to attain the six sigma the accuracy of the process should be equal to 99.9997%. The six sigma methodology aims at the quality and management improvement and problem resolution.

The use of six sigma dates back from the mid- 1980’s. The methodology of the six sigma was developed by the Motorola, an American multinational telecommunication company. The personalities of Motorola recognized the fact that the products which have high quality, rarely failed in use. This recognization results in the development of the six sigma methodology.

Since six sigma was a defined process of problem solving and was able to prove as a methodology to solve problems, the use of six sigma was adopted by the Motorola. More over, the results obtained was consistency, encourages the support from the top of the organization are the other factors which influenced the adoption the six sigma

The methodology of six sigma has two sub-divisions. They are DMAIC & DMADV. The former is used to improve an existing business process, while the second one is used either for creating a new product or for process designs for predictable and defect free performance. By DMAIC it means giving importance to defining, measuring, analyzing, improving and controlling a process to meet its better quality. The implementation of the six sigma methodology, helps in providing a logical sequence for existing concepts and the problem solving tools, by sufficient repackaging of the tools and concepts. Moreover the methodology of the six sigma is used by the project sponsors at each step of conclusion before moving to the next step.

In an organization, the project sponsor seeks the help of six sigma methodology under several situations like:

When the cause of the low quality performance is unknown

When problems are found in common places

When the problems found are not able to well defined

When the approaches made are not inappropriate

When all the problem solving methods fail

When complex situations arises with many variables

Six Sigma DMAIC and six sigma DMADV are executed by three six sigma belts or three levels. The three types of levels or belts are:

“Black belt”   given importance on the application and analysis. Deals with the works projects which seeks the help from Green belt

“Master Black belt”  deals with the duties like understanding the application and statistical theory behind the application, paying attention in training the other belts, and finally leading the project reviewing.

The 3 types of belts are used on the basis of the level of competence in understanding and application of the improvement tools. Still the actual competencies of each belt varies by organization and the training institutions 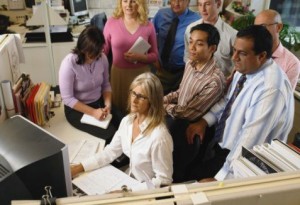 Six sigma follows an orderly changes for the attainment of the best results. For this the top management must be patient at the time of decision making and there should be no place for quick fix. This helps in getting the right answer and not just any answer

As a conclusion, when applied correctly, six sigma will produce better results than most other methods through new culture. It is proven to be very marketable in all aspects.