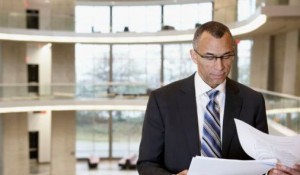 A failure modes and effects analysis (FMEA) is a process  of  analysis of potential failure modes within a system. It is based on the determination of severity and the effect of failures on the system. It is widely used during the various phases of the product life cycle in manufacturing industries and is getting popular in the service industry.

Failure modes are any defects in a process, design, or item, especially those that affect the customer.  It can be potential or actual. The consequences of those failure modes are studied under effect analysis.

Usage of FMEA  is done in the development of system requirements which minimize the occurrences  of failures, in development methods for design and test system ensuring elimination of failures and in  evaluation of the needs of the customer  ensuring it does not give rise to potential failures.

A Pareto chart is a special type of bar chart which depicts  the values being plotted in thegraph are arranged in descending order. The graph is accompanied by a line graph showing  the cumulative totals of each category from left to right. The chart was resulted due to the work of Vilfredo Pareto who concluded that 20% people controlled 80% of wealth leading to rise of Pareto Effect.

The Pareto effect also operates in area of quality improvement as well and suggests that  80% of problems usually stem from 20% of the causes. They are used for displaying the application of  the Pareto principle in action.

A project charter is the first step in the implementation of Six Sigma methodology. It is applied in the Define step of DMAIC and the charter is highly responsible for the success of the project. Necessary Project Charter Areas  are Project Title, Black Belt/Green Belt, Mentor/Master Black Belt, Project Start Date, Anticipated Project End Date, Cost of Poor Quality.

SIPOC is a six sigma tool which stands for Suppliers, inputs, process, outputs, customers. Supplies provides the inputs, value is added through our process and output is provided meeting or exceeding the customer’s requirements.

It is a tool used by a team for the identification of all relevant elements of a process improvement project before the beginning of the work. It helps in defining a complex project that may not be well scoped, and is typically applied the Measure phase of the Six Sigma DMAIC methodology.

It is useful in determining inputs to the process, who are the customers and what are their requirement.

Root cause analysis (RCA) is a class of problem Solving methods directed at the identification of root causes of problems. It is based on the belief that best way of solving the problems is to eliminate root causes as compared to address the immediately obvious symptoms

It is a reactive method of problem detection and solving initially which means  that the analysis is done after the occurrence of  an event. Later on it becomes a pro-active method which suggests that  it is able to forecast the possibility of an event before its occurrence.

A histogram is a specialized bar chart which graphically summarize and display the distribution of a data set related to the process. It displays individual data points grouped together in classes. It helps to get an idea of how frequently data in each class occur in the data set.

High bars suggests more points while low bars indicate less points in a class. Histograms and control charts needs to be reviewed for consecutive process running over an extended time to obtain useful knowledge about a process.

It helps in finding the most common system response, type of distribution data , whether data is symmetric  or it contains outliers.